In 2009 Congress added the Snake River Headwaters to the National Wild and Scenic River System. We are fortunate to be offering float trips on the only stretch of the Snake River to receive the specific “scenic” designation. Join us today on this truly wild and scenic river.

With this designation comes six outstandingly remarkable values specific to the sections of the Snake River that we float within Grand Teton National Park. Below are the Values as outlined by the Snake River Headwaters’ Comprehensive River Management Plan:

Snake River (scenic segment).The Snake River below Jackson Lake Dam provides a number of exemplary and unique scenic features including braided river channels, diverse wildlife, and vegetation at Oxbow Bend, numerous side channels, and the river in the foreground of the Teton Range. This segment of the river contains the historically iconic view from the Snake River overlook, which was popularized by Ansel Adams, the renowned American photographer and environmentalist; distinct views recognized around the world at Oxbow Bend; Schwabacher Landing where beaver ponds reflect views of the Grand Teton framed by cottonwood stands; and views of historic Menor’s Ferry with the Teton Range looming in the background.

Snake River (scenic segment).This segment is enjoyed by arguably the most visitors of any segment of the Snake River Headwaters within the parks and parkway. Different segments of the river, accessed by four developed access points, offer boating for a wide variety of skill levels and boat types. These boating trips offer a unique opportunity to view the majestic Teton Range, as well as the varieties of wildlife that frequent the river corridor. Fishing for the Snake River fine-spotted cutthroat trout is a unique opportunity and offers the same views of the landscape. Since the days of Ansel Adams, photographers have been drawn to this river segment to capture the juxtaposition of the Snake River flowing below the Teton Range. Easy access provides exceptional opportunities for wildlife viewing and photography, which is one of Grand Teton National Park’s signature activities. 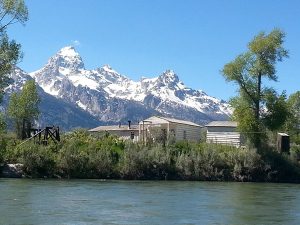 Snake River (scenic segment). Prehistoric archeological campsites along the banks of the river below Jackson Lake indicate seasonal use, especially near the confluence of tributaries (Pacific Creek and Buffalo Fork). As with the upstream segment, the Snake River was a major travel route used by American Indian tribes. Archeological resources on this portion of the Snake River are considered nationally significant. Beginning in the first quarter of the 19th century, fur traders gained access to the valley via former game trails along the river, which were used previously by seasonal American Indian occupants of the area. Twentieth-century homesteaders, dude ranchers, and conservationists took advantage of the river’s scenic and recreational attributes, as well as a strategic location to establish ranches and homesteads. National register-listed sites, such as Bar BC Dude Ranch, Menor’s Ferry river crossing, 4 Lazy F Dude Ranch, and Murie Ranch, sprang up along the Snake River and now stand as vestiges of the historic development along the river.

Snake River (scenic segment). This segment of the Snake River is unique in the Greater Yellowstone Ecosystem due to its low topography, broad floodplain forest, numerous small wetlands, and for much of its length, sagebrush grassland. A blue spruce/narrow leaf cottonwood riparian forest finds its best expression in this reach. These plant communities in turn provide distinct habitat characteristics not found in other areas in the intermountain west, supporting an exceptionally high diversity of wildlife. The area is designated by the state as crucial moose winter range, and is highly productive spring, summer, and fall habitat for deer, elk, bison, and moose. The corridor provides a regionally important travel corridor for riparian-dependent species and those preferring cover. While the river’s natural flows have been altered by the Jackson Lake Dam operations, fluvial and ecological processes quickly recover downstream. This provides an exceptional opportunity to study these processes and their influence on vegetation succession in this braided river corridor. 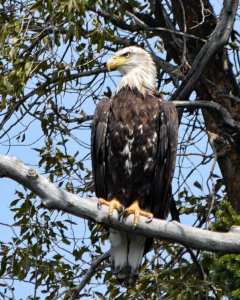 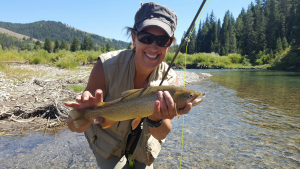 Snake River (scenic segment). This segment contains a textbook example of one of the longest continuous and naturally braided river systems in the contiguous United States. This dynamic system transports a high bed load (gravels) and has a diversity of fluvial features including side channels and floodplains, which create correspondingly diverse landscapes and habitats within the river corridor. These geomorphically active surfaces support vegetation communities critical to the ecological health of the river. There are a few landslides and debris flows typical of the Greater Yellowstone Ecosystem. Geology is considered an outstandingly remarkable value due to the presence of naturally braided, geomorphically active river channels. 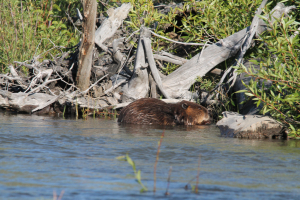 Book Now! Save $5 Per Person When You Book Your Trip Online!